Michelin night at The Coalhouse 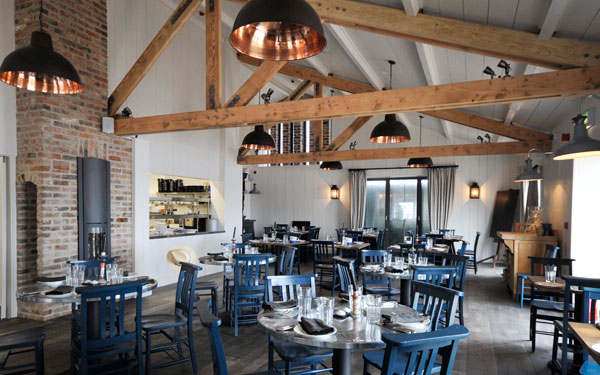 Bryan Webb, Michelin star chef/patron at Tyddyn Llan in Denbighshire will be conjuring up a special feast at The Coalhouse, Oxwich Bay,  on November 14,  when he will be the restaurant’s guest chef.

Bryan is a long-standing friend and colleague of Coalhouse chef, Ian Bennett, and both men are fellows of the prestigious Master Chefs organisation.

“I am delighted that Bryan can join us, it will be a fantastic opportunity for people in the Swansea and Gower areas to enjoy  Bryan’s delicious and much-praised food,” says Ian, who has also worked for the Roux brothers and renowned local chef and broadcaster, Colin Pressdee.

“Bryan is clever enough to produce dishes that are brimming with extraordinary flavour, while still being hearty and satisfying.”

The Coalhouse, which opened in May of this year, has attracted a great deal of attention from diners and the national press, thanks to  its beautiful location overlooking Oxwich Bay, and its fine food.

“I am looking forward to cooking in Ian’s gleaming new kitchen,  and aim to create a  special menu that reflects the season and local produce,“ says Bryan. “The local larder is particularly inspiring, with fresh fish delivered to the restaurant’s door, as well as meat from Penrice Castle’s home farm, and vegetables from the estate’s kitchen garden.”

Dishes on the night include: