Food Company Invests For The Future 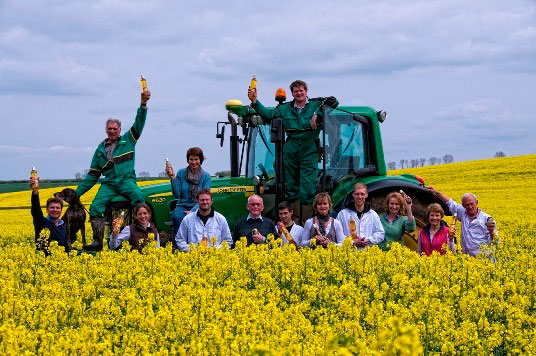 Farrington Oils continues to grow impressively, necessitating the need for increased production output. Turnover has increased by over 90% in the last year alone, with a current turnover exceeding £1,000,000.  The company has invested in all areas of the business; from seed storage, to press facility, to bottling output. MD and Founder Duncan Farrington says “This has been a major investment for our business and I’m very proud that over 90% has been spent on British manufactured equipment and local fabricators.”

In addition to the new facilities, Farrington Oils has increased its workforce by 25% over the same period, with the creation of two new jobs, and has introduced a company pension and bonus scheme to reward the small team for their continued hard work. Duncan Farrington says “We are still a very small company in the big scheme of things, but with our rapid growth we are starting to put foundations in place for the long term. We have a great team that I am keen to support with the correct training, rewards and motivation.”

Farrington Oils was established on the Northamptonshire family farm by Duncan Farrington in 2005, following years of research into the health benefits of cold pressed rapeseed oil in the diet. In addition to the original Farrington’s Mellow Yellow®, Farrington’s produce a range of salad dressings and mayonnaises, developed by Duncan’s wife Eli in her farmhouse kitchen, which are additive free and use British ingredients where possible.

The business was set up due to a need for extra income from the family farm, and has far exceeded initial expectations. Duncan is very proud of what they have achieved, the customers they work with, and the loyal consumers that buy their products. He says “Where there was no business a few years ago, we have created a great brand with great products; a great business; and in a time when we hear about a struggling economy, we have created ten full and part time local jobs.”